Six Reasons You Should Learn a Foreign Tongue Today

The research on the advantages to multilingualism is deepening, broadening, and gaining traction

It was a foggy Sunday afternoon on the island of Tenerife, and the usually sleepy airport was buzzing with activity because of a bombing at its larger sister airport, Gran Canaria. The fog and crowded tarmac created confusion amplified by a critical communication breakdown among crew members and air traffic control staff, few of whom spoke a common language.

When the sun set on March 27, 1977, Tenerife was in the record books as the site of the deadliest accident in aeronautical history after two Boeing 747s collided on the runway, killing 583 people. As investigators teased apart the cause of the crash, Babel-like language misunderstandings emerged as a preventable cause. Among other changes, the crash led to the designation of English as the lingua franca of air traffic control around the globe.

And that was just the beginning. Although both Mandarin Chinese and Spanish best English in head-to-head competition over number of speakers, the world is becoming increasingly “English-icized” (in 2009, English passed the one-million-word mark, so we’re hardly original in inventing words). Not since the Latin of a couple of millennia ago has a language so captivated the world, becoming the linguistic equivalent of the coin of the realm.

Ironically, as the need lessens for English speakers to acquire a second language to be able to communicate when traveling or conducting business, the research on the advantages to multilingualism is deepening, broadening, and gaining traction.

Here are six advantages to learning a new language:

The easy answer is whatever language you’re interested in, but there are other factors to consider as well. According to the Modern Language Association, the easiest languages take about 600 hours of study to acquire a proficiency in.

You will learn English better

Goethe said, “Those who know no foreign language know nothing of their mother tongue.” If you are someone who thinks English is the best dialect, studying another language is the way to truly learn your native language.

Research shows that children who study foreign language see their own language through new eyes and understand the syntax and vocabulary of the native language more deeply. Multiple studies demonstrate that elementary students who studied another language do better on the English section tests. This is partly due to “cognate transfer” — the ability to recognize more words in your native language because of words you transfer from the second language. So if you really love English, you’ll love it even more if you study Spanish.

You will hear better in loud environments

Do buzzing fluorescent lights annoy you? Many intellectually gifted individuals experience auditory over-excitability, making it difficult for them to pay attention when there is sound distraction (see Living with Intensity, edited by Susan Daniels and Michael Piechowski for more on this). Bilingual individuals display better auditory attention in environments with lots of background noise, according to a study done at Northwestern University. In quiet environments, no difference was detected, but when there was distracting sound, the bilingual students showed a much stronger ability to detect the speech that was important to them and to focus on it. Studying music has been shown to have the same effect.

“Bilinguals are natural jugglers,” says Dr. Viorica Marian, one of the study’s authors. “The bilingual juggles linguistic input and, it appears, automatically pays greater attention to relevant versus irrelevant sounds. Rather than promoting linguistic confusion, bilingualism promotes improved ‘inhibitory control,’ or the ability to pick out relevant speech sounds and ignore others.”

You will be more creative

At least three studies have shown that working on a foreign language makes us more creative and better problem solvers than our monolinguistic peers. Two different tests of this have been done when 6-year-olds were shown reverse-image visuals. You know the kind — it’s a vase! No, it’s two faces! No, it’s both! The bilingual children see the second image more successfully than other children. Bilingual youth are better at divergent thinking tasks, too.

In one study, bilingual children were far better at following the constantly switching rules of games than their monolingual counterparts. Jared Diamond, professor at UCLA and author of Guns, Germs, and Steel explains, “Monolinguals have more difficulty than bilinguals at accommodating to a switch in rules. Although success at these games won’t by itself make one rich or happy, our lives are full of other misleading information and rule changes.” In other words, knowing more than one language may make your brain less offended when someone moves your cognitive cheese.

Part of what it means to be creative is seeing something from a different perspective while simultaneously holding its essence in your mind. It turns out that bilingualism may help this, as well. Therese Sullivan Caccavale, president of the National Network for Early Language Learning, says, “Bilingual children appear to develop the concept of ‘object permanence’ at an earlier age. Bilingual students learn sooner that an object remains the same even though the object has a different name in another language. For example, a foot remains a foot and performs the function of a foot, whether it is labeled a foot in English or un pied in French.”

You will protect your brain

All other things being equal, bilinguals who acquire Alzheimer’s do so later than monolinguals. Why is this? The researchers who carried out a large Canadian study on this speculate that the acquisition of a second language requires a “constant exercise” of the parts of the brain required for executive function (see reason number five for more on this), and unlike games like crossword puzzles that you spend bits of time on, bilingualism forces your brain to work harder all of the time.

Diamond says, “Bilinguals impose extra exercise on their brain every minute of their waking hours. Consciously or unconsciously, the bilingual brain constantly has to decide: Shall I think, speak, or interpret sounds spoken to me according to the arbitrary rules of language A or language B?”

You will improve executive function

Having the equivalent of two software programs running at the same time in the brain appears to improve executive function (planning, working memory, attention control, etc.). This is key for those parenting gifted kids, who often struggle with EF. Dr. Aimee Yermish, an educational therapist, says, “Success and happiness in life are mediated not just by raw intelligence, but also by one’s ability to apply oneself to a chosen task and work through the process.”

The process of learning a second language and navigating the world with both languages can aid in this area as well as others. “EF skills tend to transfer across domains,” explains Dr. Yermish. “If a child learns to self-regulate in learning one kind of task, it will generally be easier for him to learn to self-regulate in other areas.”

Because bilinguals are running these two language systems simultaneously, their brains are constantly facing internal conflict. Unlike other forms of conflict, this appears to make the brain actually function better. When Debbie Wilburn Robinson did a meta analysis of 144 research studies on early bilingual education and cognitive function, she found it created in children “a mental flexibility, a superiority in concept formation, and a more diversified set of mental abilities.”

You will be flexible

Even as English is becoming more and more common, the need for native English speakers to acquire another language grows. The U.S. State Department offers multiple programs to help everyone from high school students to Army officers learn what it calls “critical languages.” The globally interdependent world thrives on multilingualism, not just for travel but to avoid mishaps like Tenerife, build relationships, and develop mutual respect.

Philosopher Ludwig Wittgenstein said, “The limits of my language are the limits of my world.” Researchers Curtain and Dahlberg said, “Exposure to a foreign language serves as a means of helping children to intercultural competence. The awareness of a global community can be enhanced when children have the opportunity to experience involvement with another culture through a foreign language.”

Jonathan Kline, a 20-year-old Mensan currently living in the Ukraine, is an example of how early language exposure influences attitudes. “We lived in Germany when I was little, and when we returned to the United States, I didn’t have any expectation that the people I met would speak English. I was used to everyone speaking German.” This early exposure led him to a study of Latin in high school and then Russian in college. “I wanted to learn a different alphabet,” he explains. “But I still call my mother the German name for ‘mom.’”

Need assistance in getting started? Try these resources. 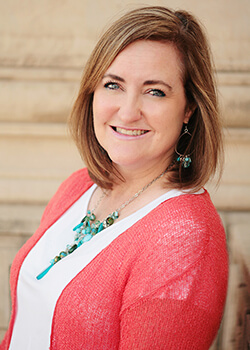 Lisa Van Gemert is the former Youth & Education Ambassador for Mensa and a professional development facilitator for teachers. She holds a Masters of Education in Teaching from the University of Texas at Arlington and was a teacher and high school administrator prior to coming to Mensa. She speaks and writes (and obsesses a little) about all things gifted and education. Lisa and her husband, Steve, live in Arlington, Texas.