Virtually everyone likes movies, and this activity embraces the “filmophile” in all of us. Movie Nights lend themselves to both the whole-group and divided-group format, so choose which works best for you.

Attached as a separate Word file, you will find the following sample materials that you are welcome to use or reproduce:

Select a great location to watch your movie, one with adequate room for your movie-goers and also an adequate audiovisual system through which to enjoy the movie (a large screen improves the worst of movies, so you may want to consider borrowing a projector). If you have a large group, see if a local theater will show a movie for you at a reduced rate during off hours. If you live in an area with nice weather, consider having it outside and projecting the movie onto a wall.

Comfortable seating is a must, so if your venue doesn’t have it, encourage people to bring bean bags, videogame chairs, camp chairs, etc. Decide ahead of time if you want to advertise the particular movie that will be shown.

You may wish to provide pre- and post-movie activities (see the Showtime! section). Your teens will be a great resource to help with these.

If you would like to offer a door prize, consider, for instance, giving a companion movie or a copy of the book the movie is based on.

The movies listed below were selected because they appeal to a wide audience and are appropriate for both adults and children. The movies for all ages marked with an asterisk feature gifted characters. Many are readily available at local libraries. The movies identified for tweens/teens and solely teens have specifically been selected as having appeal for the gifted.

Movies for all ages

Movies for gifted tweens and teens

Movies for gifted teens (not suitable for children under 13)

Tips for a successful event

Before the event
Set the snacks out in an area that will be accessible during the movie so that people can help themselves. Alternatively, plan to pause for an intermission. Ideas for pre- and post-movie activities Play “Name that Tune” with movie music Some movies with recognizable music are listed here:

Choose the top 10 movie quotes of all time
To make this even more kid-friendly, limit the movies to animated features.

After the movie, have a renaming contest
Have participants (individually or in groups) come up with a new name for the movie. Vote on a winner. Your young members will probably want to write to the producer to convince him/her to change the title!

Have a movie trivia game
Questions can be found at the sites listed below, or divide the group in half and have each side create questions and challenge each other.

Play Movie Bingo (board included in samples)
Use words from the movie you’re watching or general movie terms. You canmake the game much harder by giving clues to the words rather than the words themselves. Here is a list of 25 generic movie terms and their clues. They are geared to a mixed audience, so some of the clues may seem easy to adults. Give everyone a blank form and show the list of words for them to write down in the spaces. Since the board has a free space, everyone will have to choose one word not to include on their board. This reduces the chance of identical duplicate winners. When someone calls out “Bingo!”, do not tell him/her if each individual answer is correct; wait until he/she has called out all the answers required and then say, “That is Bingo” or “That is not Bingo.” Otherwise, you will suddenly have 30 winners! 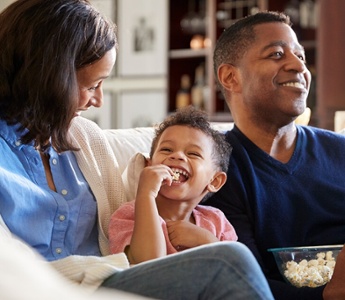