Examples: Learn from the efforts of others

Learning how to write strong reviews takes time and not a little effort. Reading the reviews others have done can help you get a feel for the flow and flavor of reviews. 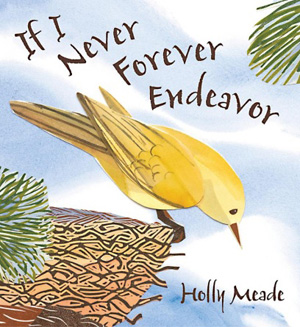 This book was about a bird who didn't yet know how to fly.

The bird has to decide if it will try to fly, but it was not sure if it wants to. The bird thought, "If I never forever endeavor" then I won't ever learn. On one wing, he worries he might fail and on the other wing he thinks of how he may succeed. He worries that if he tries, he may get lost in the world. That makes him want to stay in his nest where he's safe.

I think this book would help other children to learn that trying new things can be scary, but sometimes when we try, we can find things that make us happy too. And this book will help others know that mistakes are okay and part of learning.

My favorite part is that the bird tried and learned that she could fly. I also liked that I read this book because it gave me a chance to talk to mom about making mistakes and how I don't like making them. Then I learned they are good and part of learning.

Boys and girls who are 3 to 8 years old would like this book because it teaches about trying a new thing and how it's important to get past being scared so you can learn new things.

I give the book 5 stars since I think it's important for other children to learn about courage. 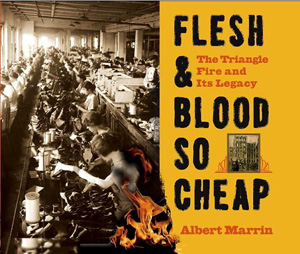 Readers can gain knowledge of what it was like to work in New York City in the early 1900s. One of the things that was especially interesting was that there were no safety laws at work. Also, there was a big contrast between the rich and the poor. Some people may not like this book because it is very depressing, but it is an important event in history to remember.

This book was very well written. It has black and white photos along with descriptions of the photos. These photos give us a better idea of what people's lives were like. This book is suitable for 9-20 year olds.

I give this book 5 stars. 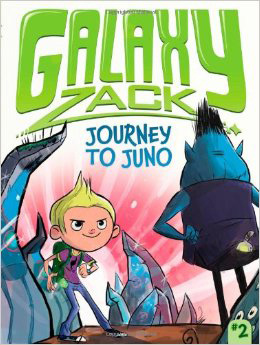 Journey To Juno is the second book of the Galaxy Zack series. It is just as good as the first one. It's awesome!

Zack joins the Sprockets Academy Explorers Club at school. They fly on a special trip to Juno, a new planet no one has ever visited. Zack gets paired up with Seth, the class bully, and that's dreadful but Zack is excited when he finds a huge galaxy gemmite. A gemmite that large had not been found in 100 years! Kids will love this book!

Boys and girls will both like it. It's an easy chapter book with pictures on every page. I love the illustrations. I think ages 6-8 would like this but younger kids would like the story being read to them.

My favorite parts are the galactic blast game (it is similar to baseball except there are robots playing), recess at Zack's school where everything is 3-D holographic images, the rainbow river in a crystal cave on Juno, and the galaxy gemmite that Zack finds on Juno. I also loved when a life-size holographic image of his Earth friend appears in Zack's room because he calls him on a hyperphone. I give this book one hundred stars! There is a "to be continued" at the end so you have to read the next book see what's in store. I can't wait to find out what happens!!!

I Capture the Castle
Review by Lauren W., age 17, Mensa in Georgia 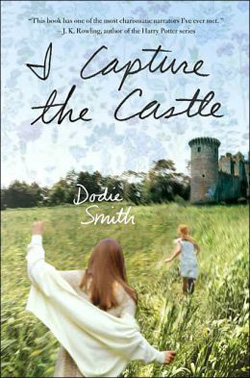 Dodie Smith's novel I Capture the Castle is a journey through the mind of a young writer as she attempts to chronicle her daily life. Seventeen-year-old Cassandra Mortmain has recently learned to speed-write, and she decides to work on her writing skills by describing the actions and conversations of those around her.

Cassandra lives in a fourteenth-century English castle with an interesting cast of characters: her beautiful older sister, Rose; her rather unsociable author father and his second wife, artist-model Topaz; Stephen, the garden boy; a cat and a bull terrier; and sometimes her brother Thomas when he is home from school. One fateful day they make the acquaintance of the Cotton family, including the two sons, and a web of tangled relationships ensues.

While I definitely recommend this book to other readers, I would recommend it to older teenagers, mainly because it will resonate better with them. The writing is tame enough that younger teens could also read it, but most of the characters are adults or on the verge of adulthood. Older readers would take the most from it since they can not only relate, but they may also better pick up on and appreciate Cassandra's sometimes subtle humor.

Over the course of the novel, Cassandra undergoes a definite transformation from child to mature young adult, even though it's only over the course of several months. I love that I could see into her mindset and read exactly what she was feeling when she thought out situations. Her thoughts flowed well and moved the book along very quickly.

Cassandra's narrative voice is wonderful. She is serious at times, but also very witty, which makes for an engaging read. It feels absolutely real, as though I'm reading someone's actual journal. Sometimes I forget that I am reading a story and not a real-life account. Her emotions and the dialogue are so genuine, and they are spot-on for a seventeen-year-old girl in her situation.

Cassandra has many wonderful insights on life, on topics ranging from writing to faith to matters of the heart. I personally have had some of the same thoughts as Cassandra, except Ms. Smith was able to put them into words.

Capture the Castle should be essential reading for aspiring writers, those looking for historical fiction or romance, or anyone who loves reading amazing classic books. Dodie Smith is an exceptional writer, and I Capture the Castle is a book that will never become obsolete. 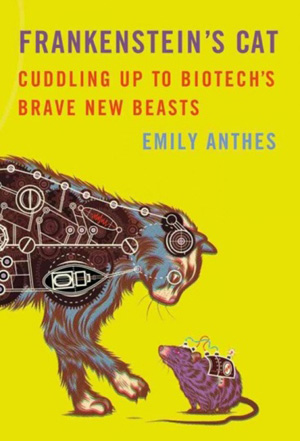 I appreciated Frankenstein's Cat for its fascinating explanation about the often baffling subject of bioengineering and its sister sciences. Emily Anthes explains the many sides of today's modern technology, such as gene modification, cloning, pharmaceutical products (from the farm), prosthesis, animal tag and tracking and gene cryogenics. This book provides a well-rounded summary of these complicated sciences without being boring or simply factual. Her real world examples take us on a journey from the farm, to the pet store and then from the pharmacy to the frozen arc.

Have you ever wondered if the neighborhood cat is spying on you? Read about Operation Acoustic Kitty and find out if this feline fantasy fiction or fact. Do you think bugs are creepy? What about a zombified cyborg beetle? Is Fido so special that you want two of him? Money can buy you an almost exact copy of your pooch BUT don't expect the same personality. Emily Anthes makes you crave more information. She makes you want to know the future of Earth's flora and fauna, as well as humanity itself.

I would highly recommend this book to anyone who desires a guide to the future of biological science and technology. Frankenstein's Cat is best read by the light of a glow-in-the-dark fish, while cuddling your favorite cloned dog and drinking a glass of genetically modified milk. 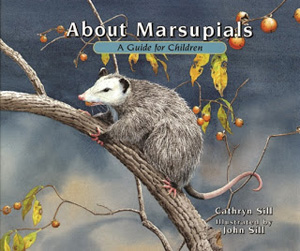 About Marsupials is the title so the book is about...marsupials, of course. It's non-fiction. I really think everyone would like the book. I think someone who likes animals would especially like to read it.

The glossary of facts in the back of About Marsupials is the most useful part. I thought the most interesting parts were that some marsupials have their pouch at their back legs and one marsupial, the Yellow-footed Rock Wallaby, is very small but can jump 13 feet wide!

Kids in the 4-8 age range would like this book. Even though it's not a story book, 4 year olds would like the few words on each page and they would love the beautiful pictures. But older kids would like it because of all the facts in the back of the book. There's a lot of information for each animal. I think boys and girls (and parents) would enjoy reading it. This book is very interesting. I give it 4 stars. 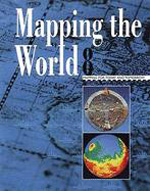 Every day, people around the world use maps. Whether it is an airplane pilot or businessman, housewife or museum group, maps have always and will continue to provide useful information for all.

Mapping the World talks about the uses of maps, as well as how to differentiate between the type of map projection and type of map.

In this series, we travel to the past and learn about historical mapmakers, from Claudius Ptolemy (who stated the idea that the Earth is at the center of the universe) to Gerardus Mercator (who created one of the most widely used map projections) and more. This series goes into tremendous detail on the cartographer's life and maps. We then journey to the present era to learn about map projections and the diverse types of maps used today. You might ask, "What is the difference between the two? They sound the same to me." No map projection is perfect, because you cannot really flatten a sphere into a rectangle. An uncolored projection could be used in many ways. We could use it for population concentration, highways, land elevation, and so many other things!

For example, we could make a topographic map of the U.S., which shows land elevation. We could make it a colorful map that shows the amount of pollution in different areas, or it could be a population map, or it could even be a map that shows the 50 states, their capitals and borders! Our last step in this amazing excursion is the near future, where we see some hypothetical solutions as to what maps will be used for. Currently, we are working on better virtual map technology.

Now, scientists have been able to put maps on phones. Back in the early 1900s, people had to lug a lot of maps around to find your way from place to place, or just keep asking for directions. Now, all the information is on a phone or global positioning system (GPS). It is amazing how much maps have changed technology and the world in this century.

The Mapping the World 8-book set goes into amazing levels of detail. It is a long read, but it gives an immense range and amount of information that you would not find in any other book or series on maps. The flowing way the chapters and books are organized makes it easy to link passages from different books in this series together. Mapping the World is a treasure box, filled with the seeds of cartography. Collect and plant them, and you soon will have the fruits of cartography, beneficial to those who want to be cartographers. Use this series to the utmost, then the fruits of mapping will be sweet for all who endeavor to succeed in cartography.