Literary elements and terminology are the vocabulary of literary analysis, and fluency with them is crucial to a student's ability to enter the conversation about literature. This is an entire unit on literary elements that should be taught over an extended period of time. It is most effective broken down and connected to literature the students are reading.

All songs are available through legal download. Please obtain music legally. Alternately, you could have students view videos of the songs on a site such as Youtube.

Discuss the importance of vocabulary. Show the quote from Michener (see below). Ask if students would want a brain surgeon to operate on them who said, "Oh, I'm going to use this thingamajig to cut a hole in your whatchamacallit."

"But always he lacked the essential tool without which the workman can never attain true mastery: he did not know the names of any of the parts he was building, and without the name he was artistically incomplete. It was not by accident that doctors and lawyers and butchers invented specific but secret names for the things they did; to possess the name was to know the secret. With correct names one entered into a new world of proficiency, became the member of an arcane brotherhood, a sharer of mysteries, and in the end a performer of merit. Without the names on remained a bumbler or, in the case of boatbuilding, a mere carpenter."

100 Years by Five For Fighting

I'm 22 for a moment,
and she feels better than ever.
And we're on fire,
making our way back from Mars.

15, there's still time for you,
time to buy and time to lose.
15, there's never a wish better than this,
when you only got a hundred years to live.

I'm 45 for a moment.
The sea is high,
and I'm heading into a crisis
chasing the years of my life.
15, there's still time for you,
Time to buy and time to lose yourself
within a morning star.
15, I'm all right with you.
15, there's never a wish better than this,
when you only got a hundred years to live.

Half time goes by,
suddenly you're wise.
Another blink of an eye,
67 is gone.
The sun is getting high,
we're moving on.

I'm 99 for a moment.
I'm dying for just another moment,
and I'm just dreaming,
counting the ways to where you are.

Knowing the theme, who do you think the audience for this message is? Notice that there is a plot. What is the inciting incident, do you think? Is this a coming-of-age story (a bildungsroman)? If so, what is the shift from boy to man?

Before introducing the songs that contain similes and metaphors, spend one lesson on the following figurative language introduction. Pre-assessment:

Simile
Information with examples or model
Questions and/or activities

Metaphor
Information with examples or model
Questions and/or activities

Mark each of the following as an example of metaphor (M), simile (S), or personification (P). When you finish, please turn your paper over.

Mark each of the following as an example of metaphor (M), simile (S), or personification (P). When you finish, please turn your paper over.

Simile
Life, like a dome of many-colored glass, / Stains the white radiance of Eternity.
(Shelley, Adonais)

Metaphor
Oh, my love is a red, red rose.

Personification
Death be not proud, though some have called thee /Mighty and dreadful, for thou art not so —
(Donne, Death Be Not Proud)

1. Think of the storm roaming the sky uneasily
like a dog looking for a place to sleep in,
listen to it growling.
— Elizabeth Bishop, Little Exercise

2. The scarlet of the maples can shake me like a cry of bugles going by. — Bliss Carman, A Vagabond Song

3. "Hope" is the thing with feathers
That perches on the soul
And sings the tune without the words
And never stops at all.
— Emily Dickenson

II. You're the Poet! Now you try it. Create an example of a simile, a metaphor and personification using the prompts given below.

Original Examples: Create a simile, a metaphor and an example of personification. See if you can use one of each of the following in your examples: a color, a season and an animal. 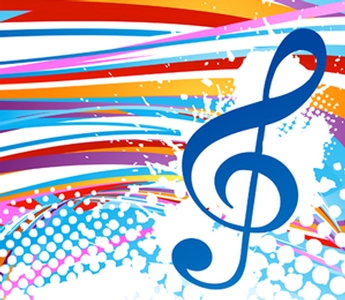