The moon incites children's curiosity from a very young age. Although it's a space object, it's more accessible to children because of its dependability and proximity. Through this short unit, children will develop a deeper understanding of the moon.

Learning Objectives
After completing this lesson plan, students will be able to:

Read at least three books about the moon. You may choose from the recommendations below or select your own.

Have the child order the books within the following categories by laying them out on the floor or on a table in order:

Have the child write or dictate a short book review of his/her favorite book. The review should include the following:

Ask the child the following questions:

Explain that moon craters are different sizes. They are usually shaped like circles with the middle sunken in and the edges high. Ask why the child thinks the moon would be hit by more meteors than the earth. (The moon has no atmosphere to protect it, while the earth does.) Show pictures of craters of the moon so the child develops a feel for how many there are. You can also explore the moon at https://earth.google.com/moon. 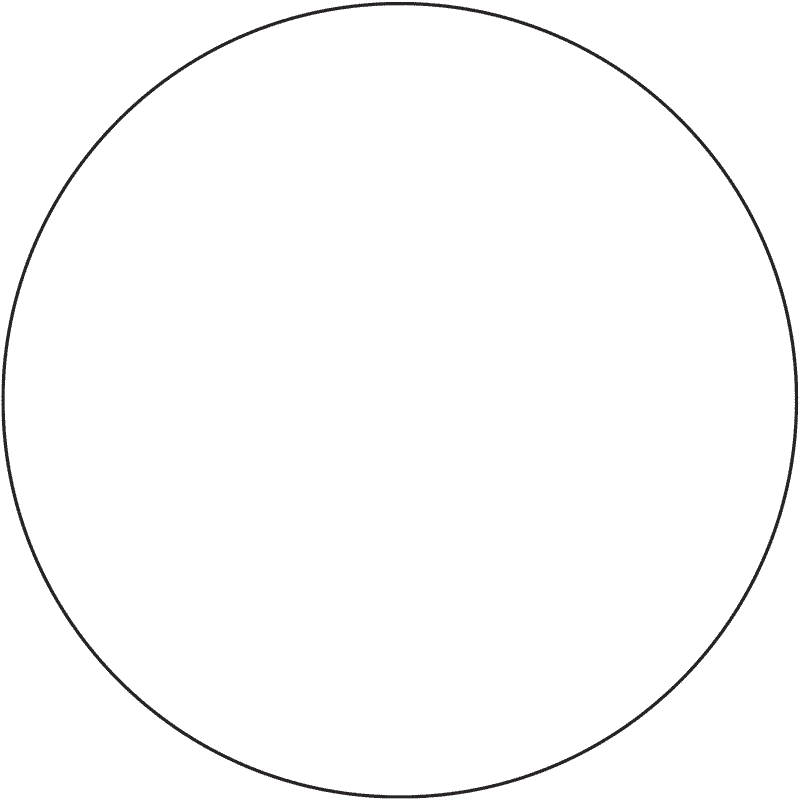 Watch these two short videos on the phases of the moon.

Match the name description of the moon phase to the picture. (See below.) Only four of the eight phases are on the chart. If the child is interested in all eight phases, have him or her describe the other phases and draw pictures of them. Hint: in the northern hemisphere, the waxing moon is on our right side, so the picture at right is of a waning moon and the picture at left is of a waxing moon.

Have the child find the moon phase when he/she was born.

Every night for a month, have the child shade in what part of the moon he/she can see. After the month, see how many of the phases of the moon the child can identify. 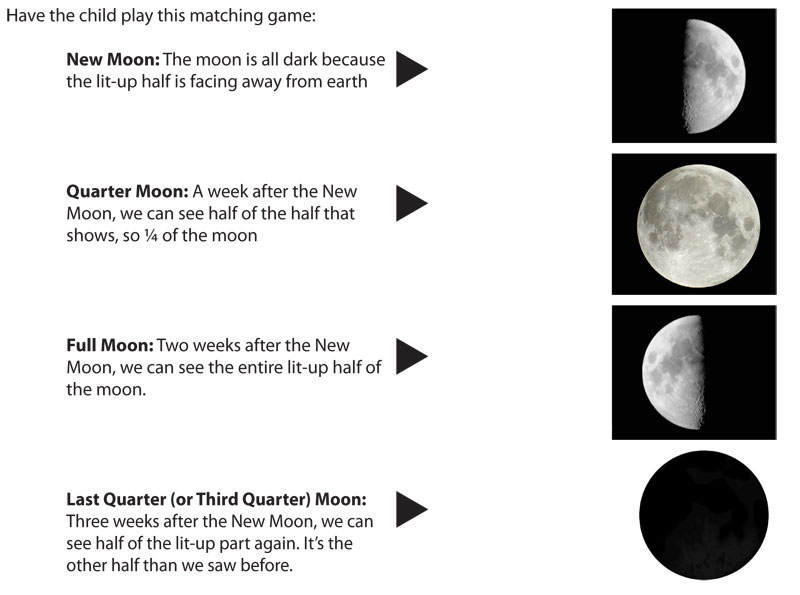 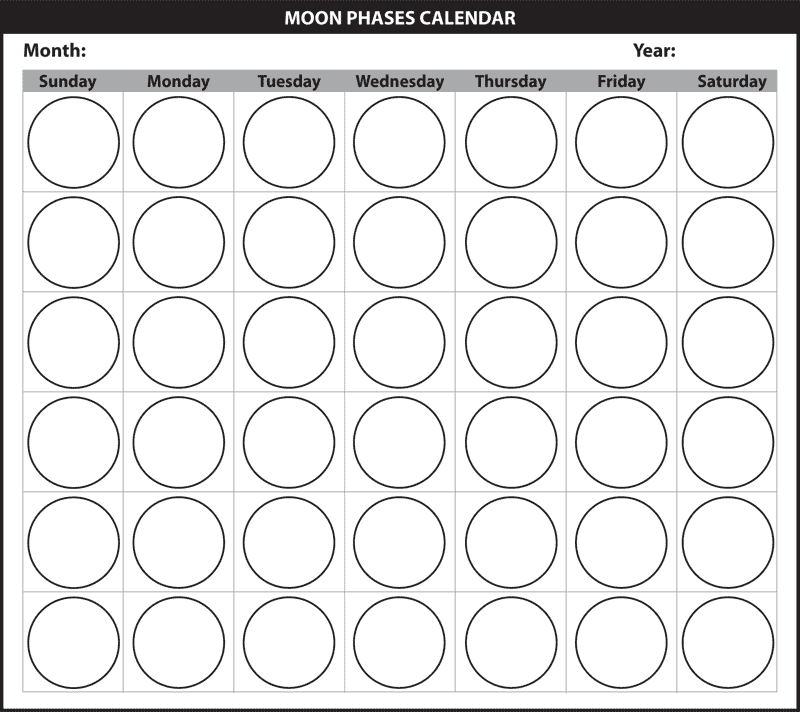 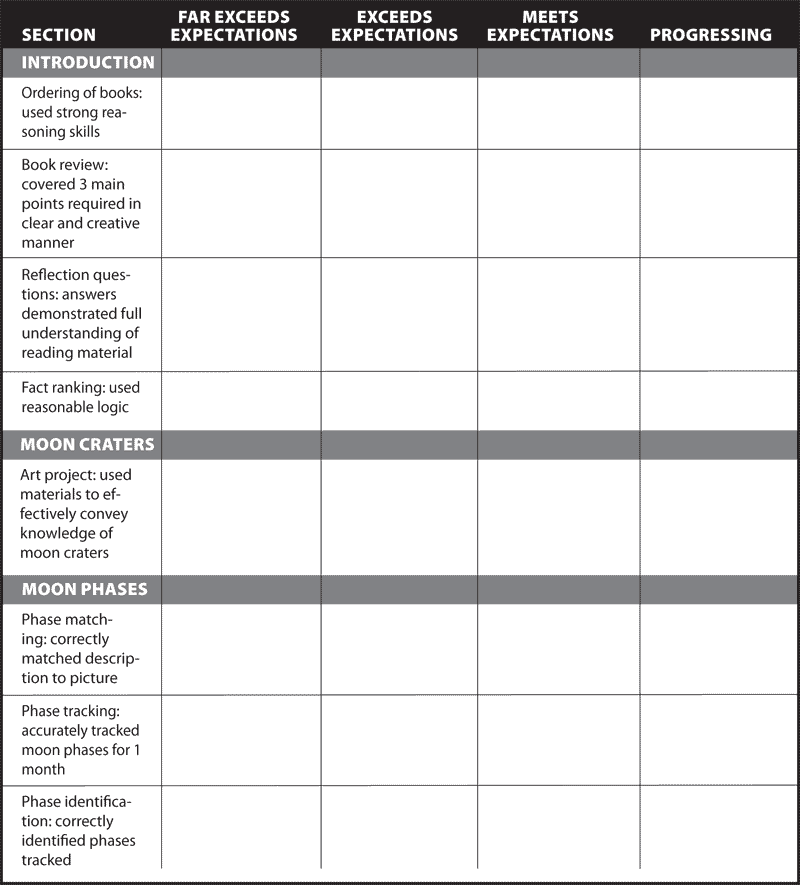 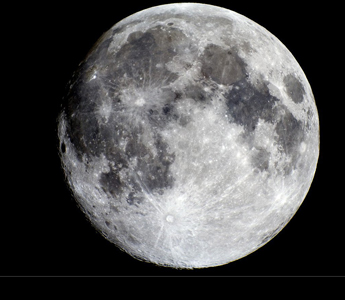