The power of invention

Rubrics for tasks with an asterisk (*) are found at the end of the lesson plan.

Lesson 1: The Power of Invention 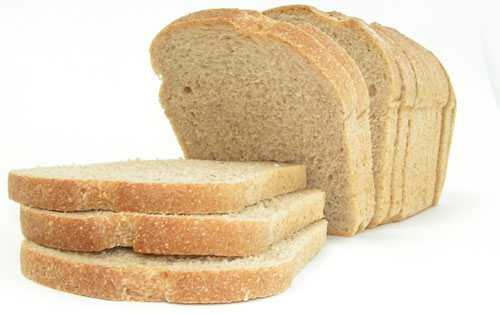 Invention is part of our everyday vocabulary. We have sayings like, "It's the best thing since sliced bread," and "Don't re-invent the wheel" that reflect our strong connection to inventions of all kinds. It would be very difficult to live even a single minute without the benefit of some invention. Virtually everything we use had to be invented. For instance, if you are in a room right now, think of the thousands of inventions that surround you — from the windows to the floors to the furniture to the device that heats or cools the room.

Some inventions are famous and legendary, while others are obscure and practically forgotten. Many inventions stand on the shoulders of inventions that came before them. Behind every invention is a person who saw a problem or an opportunity and invented a solution or a new device.

Sometimes a terrific invention is a matter of sheer luck and discovery. For example, Red Delicious apples are one of the most common varieties of apples available. It was discovered by an Iowan farmer named Jesse Hiatt who saw a small seedling growing on his farm. He thought it was a nuisance plant and chopped it down. The tree kept growing back, however, and finally he allowed it to grow to maturity. It produced red apples. Eighteen years went by and he took the apple he called "Hawkeye" to a fruit show where he sold the rights to market the apple that was renamed Red Delicious.

Choose the five that you feel are most important and list them. Then, circle the number(s) of the invention(s) listed that you have used. Place a star next to the one you would least like to live without.

Some inventions are just silly. Lefty Gomez once said, "I've got a new invention. It's a revolving bowl for tired goldfish."

Would you want one? Yes No (circle) 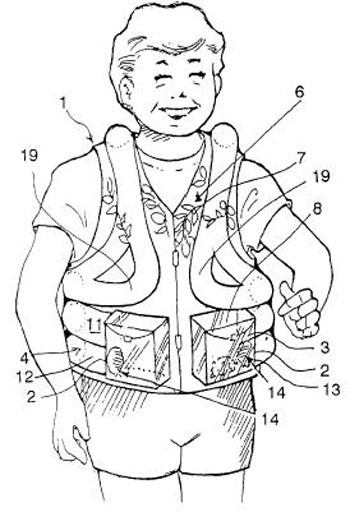 The invention above was meant to let a person carry his/her hamster around. Think of another pet that could be carried in a specially designed habitat that could be worn and design the habitat. Label and describe at least five specific features of your invention.

Rate your invention on a scale of 1–10, using the following criteria:

Would you want one? Yes No (circle) 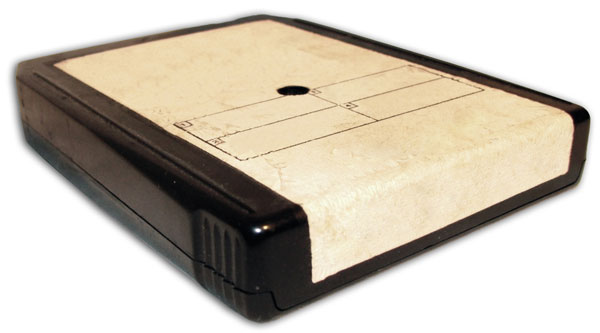 Think of something you hate to do (a chore, a task, anything you do on a regular basis). Imagine that someone could invent something that would make that task easier or go away altogether.

Many inventors themselves are largely forgotten, even when their inventions live on. Go to PBS's American Experience and read about seven of them. Of these seven, which inventor do you think most deserves to be remembered? What is it about this inventor that you feel merits his being remembered?

Not all inventions are designed by a single inventor. Often, a community of people work together to create a device or process. To learn how one inventor invented a business around this idea, watch the video below.

Next, go to quirky.com/participate and scroll through some products that are being considered. Select a product that you think has strong potential and read the details about that product. Then, answer the questions below:

Some people invent because they have a concern about a social or environmental issue. This is why Daniel Gross started WorldHaus (haus is the German word for house, and it sounds the same as it does in English).

Using information from the website and the video, answer the following questions:

WorldHaus is developing homes for people in India. If you were to design something that would benefit people in need, what do you think you would design? What problem would you solve with your invention? 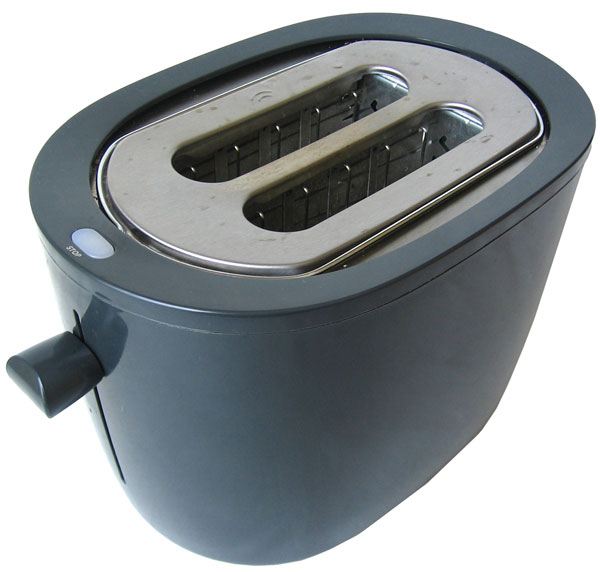 You never know what people are going to find interesting or fascinating. It may surprise you to know that there is a virtual toaster museum online!

It can be difficult to evaluate the importance or worth of an invention. Many timelines of inventions exist, and all of them include and exclude different inventions. Go to PBS's American Experience Technology Timeline, looking at the inventions and completing the tasks below:

Do the lists match? How do you account for any differences?

Henry George said, "The march of invention has clothed mankind with powers of which a century ago the boldest imagination could not have dreamt." Where will your bold imagination take you?

All of this talk of making stuff may have you itching to try to build something yourself. If so, go to PBS Kids' Design Squad and choose a simple machine to construct. Who knows? Maybe you'll invent a better way to do it!

Extension: There's so much more to learn!

Here are some great books to read about inventions and inventors:

There are several invention competitions geared to kids and teens. Find more information about some of them here: 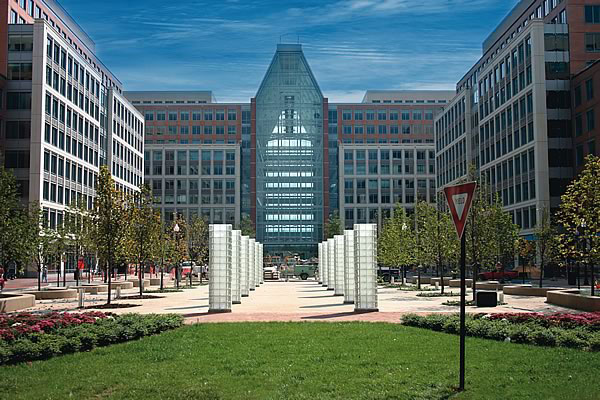 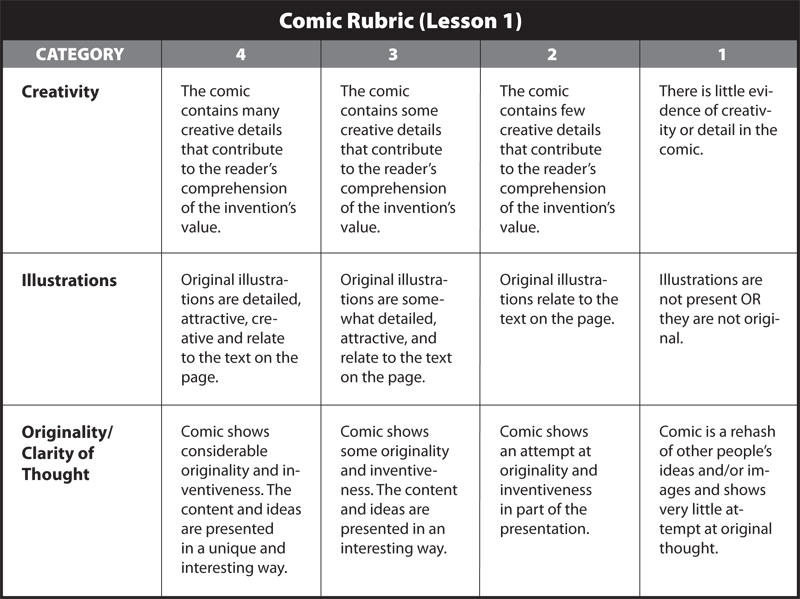 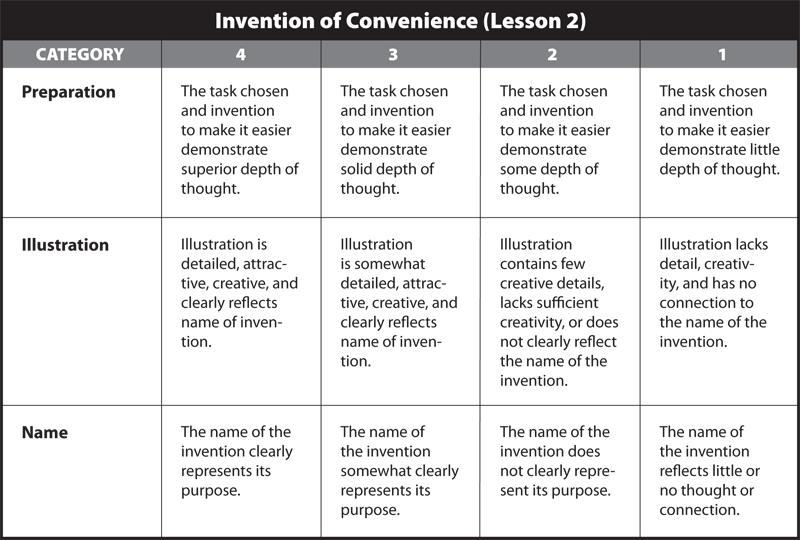