Utopia and the American Dream

American Literature is a traditional course of study in eleventh grade English/Language Arts classes across the nation. Often, the novels and stories are taught without historical context or simply in chronological order with no overarching thread to tie them together thematically. Using the "City on a Hill" allusion from John Winthrop's famous sermon as a starting point, this lesson gives students a paradigm — The American Dream — through which to view their study of American literature, in the classroom and in their own reading as well. 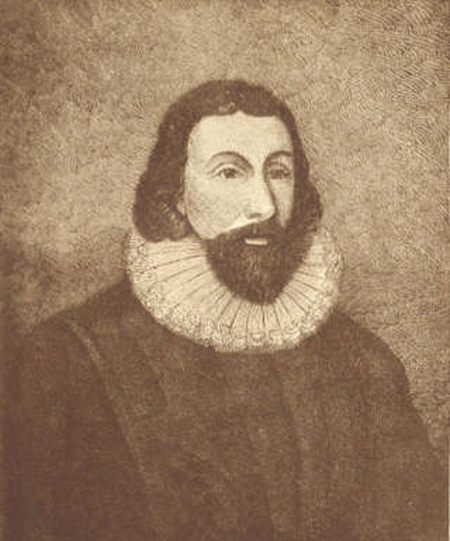 John Winthrop, an ancestor of both George Bush and John Kerry, was the four-time governor of the Massachusetts Bay Colony. He changed the goal of the colony from a commercial venture to a Puritan society. In a sermon titled A Model of Christian Charity, Winthrop set forth the idea that America was special (an idea that morphed into what is called "American Exceptionalism") because of its unique relationship to God and other nations.

This sermon was given while still on board the ship Arbella right before it landed in what is now Massachusetts. Winthrop, alluding to the Sermon on the Mount in Matthew 5, said:

…for we must Consider that we shall be as a City upon a Hill, the eyes of all people are upon us; so that if we shall deal falsely with our God in this work we have undertaken and so cause him to withdraw his present help from us, we shall be made a story and a byword through the world, we shall open the mouths of enemies to speak evil of the ways of God and all professors for God's sake; wee shall shame the faces of many of God's worthy servants, and cause their prayers to be turned into Curses upon us till we be consumed out of the good land whither we are going …

Based on what you've read, how would you explain John Winthrop's idea of the American Dream?

Lesson 2: The American Dream in song

Listen to Neil Diamond's song America. Read the lyrics while you listen, and look for the idea of American Dream in the song.

Now listen to American Dream by Casting Crowns. Read the lyrics while you listen, paying particular attention to how the American Dream becomes a nightmare through the course of the song.

All work no play may have made Jack a dull boy,
But all work no God has left Jack with a lost soul.
But he's moving on full steam.
He's chasing the American dream.
And he's gonna give his family finer things.

'Cause he works all day and tries to sleep at night.
He says things will get better;
Better in time.

[Chorus]
So he works and he builds with his own two hands,
And he pours all he has in a castle made with sand.
But the wind and the rain are comin' crashing in.
Time will tell just how long his kingdom stands…
His kingdom stands…

Well his American Dream is beginning to seem
More and more like a nightmare
With every passing day.
"Daddy, can you come to my game?"
"Oh Baby, please don't work late."
Another wasted weekend
And they are slipping away.

'Cause he works all day and lies awake at night.
He tells them things are getting better,
Just take a little more time.

He used to say, "Whoever dies with the most toys wins,"
But if he loses his soul, what has he gained in the end?
I'll take a shack on the rock
Over a castle in the sand.

Now he works all day and cries alone at night.
It's not getting any better;
Looks like he's running out of time.

Listen to John F. Kennedy's speech. View the collage of pictures from Kennedy's administration and follow along with the text below.

Address of President-Elect John F. Kennedy Delivered to a Joint Convention of the General Court of the Commonwealth of Massachusetts

I have welcomed this opportunity to address this historic body, and, through you, the people of Massachusetts to whom I am so deeply indebted for a lifetime of friendship and trust.

For fourteen years I have placed my confidence in the citizens of Massachusetts — and they have generously responded by placing their confidence in me.

Now, on the Friday after next, I am to assume new and broader responsibilities. But I am not here to bid farewell to Massachusetts.

For forty-three years — whether I was in London, Washington, the South Pacific, or elsewhere — this has been my home; and, God willing, wherever I serve this shall remain my home.

It was here my grandparents were born — it is here I hope my grandchildren will be born.

I speak neither from false provincial pride nor artful political flattery. For no man about to enter high office in this country can ever be unmindful of the contribution this state has made to our national greatness.

Its leaders have shaped our destiny long before the great republic was born. Its principles have guided our footsteps in times of crisis as well as in times of calm. Its democratic institutions — including this historic body — have served as beacon lights for other nations as well as our sister states.

For what Pericles said to the Athenians has long been true of this commonwealth: "We do not imitate — for we are a model to others."

And so it is that I carry with me from this state to that high and lonely office to which I now succeed more than fond memories of firm friendships. The enduring qualities of Massachusetts — the common threads woven by the Pilgrim and the Puritan, the fisherman and the farmer, the Yankee and the immigrant — will not be and could not be forgotten in this nation's executive mansion.

They are an indelible part of my life, my convictions, my view of the past, and my hopes for the future.

Allow me to illustrate: During the last sixty days, I have been at the task of constructing an administration. It has been a long and deliberate process. Some have counseled greater speed. Others have counseled more expedient tests.

But I have been guided by the standard John Winthrop set before his shipmates on the flagship Arbella three hundred and thirty-one years ago, as they, too, faced the task of building a new government on a perilous frontier.

"We must always consider," he said, "that we shall be as a city upon a hill — the eyes of all people are upon us."

Today the eyes of all people are truly upon us — and our governments, in every branch, at every level, national, state and local, must be as a city upon a hill — constructed and inhabited by men aware of their great trust and their great responsibilities.

For we are setting out upon a voyage in 1961 no less hazardous than that undertaken by the Arbella in 1630. We are committing ourselves to tasks of statecraft no less awesome than that of governing the Massachusetts Bay Colony, beset as it was then by terror without and disorder within.

History will not judge our endeavors — and a government cannot be selected — merely on the basis of color or creed or even party affiliation. Neither will competence and loyalty and stature, while essential to the utmost, suffice in times such as these.

For of those to whom much is given, much is required. And when at some future date the high court of history sits in judgment on each one of us — recording whether in our brief span of service we fulfilled our responsibilities to the state — our success or failure, in whatever office we may hold, will be measured by the answers to four questions:

Secondly, were we truly men of judgment — with perceptive judgment of the future as well as the past — of our own mistakes as well as the mistakes of others — with enough wisdom to know that we did not know, and enough candor to admit it?

Third, were we truly men of integrity — men who never ran out on either the principles in which they believed or the people who believed in them — men who believed in us — men whom neither financial gain nor political ambition could ever divert from the fulfillment of our sacred trust?

Finally, were we truly men of dedication — with an honor mortgaged to no single individual or group, and compromised by no private obligation or aim, but devoted solely to serving the public good and the national interest.

Courage — judgment — integrity — dedication — these are the historic qualities of the Bay Colony and the Bay State — the qualities which this state has consistently sent to this chamber on Beacon Hill here in Boston and to Capitol Hill back in Washington.

And these are the qualities which, with God's help, this son of Massachusetts hopes will characterize our government's conduct in the four stormy years that lie ahead.

Humbly I ask His help in that undertaking — but aware that on earth His will is worked by men. I ask for your help and your prayers, as I embark on this new and solemn journey.

What principles from Winthrop's speech did did Kennedy adopt for his own administration? How do you think Kennedy would define the American Dream? How has the Kennedy dream turned into a nightmare? 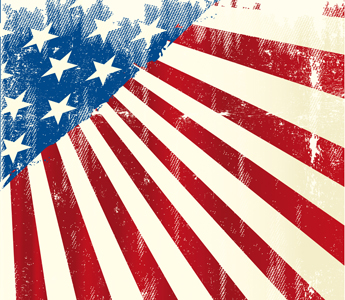